My Journey to Aurora 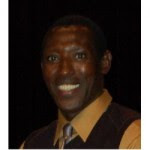 Almost a thousand of us where in Aurora Ontario this week-end to pay him tribute and say a final goodbye to Elie. It was such an emotional day as family and friends were giving their testimonials about how Elie had impacted their lives. That is how he was. He impacted lives wherever he went.

I first saw him in the late eighties when he was a Basketball star back in Burundi, then played against him years later. Finally I played with him in our Basketball team here in Toronto. He was such a good player that, when the game was on the line, we knew that giving the ball to him was our only hope. And he delivered all the time.

Being in Aurora last Saturday, seeing all these people gathered to support his family made me realize once again how precious life is. I sometimes take it for granted, and mostly I sometimes take for granted people around me thinking that they will be here forever. Elie's sudden death was a wake up call for me. Above all, the amount of people that came to the funeral was the exact reflection of his life. He had impacted a huge number of people.

Basketball players gathered at the funeral made sure that he won't be forgotten. Starting from next year, there will be a tournament named after his name. His legacy will live on.

Talking about legacy. I sometimes think about what legacy I will leave after I am gone. At first I thought I had to do big things for me to be remembered. Elie changed my mind. Apart from being a great Basketball player, do you know why Elie was so loved by many people? Because he was so kind. He made you feel special whenever he was talking to you.

Last year when I was in Burundi, I met his mother-in-law. She wanted to give me a package that I could bring to his daughter (Elie's wife). I told her that I would go back to Toronto in October, but my brother was leaving earlier. He could bring the package (which he did).

When it was time for Elie and his wife to pick up the package at my brother's, Elie brought him a bottle of wine to thank him. When my brother told me the story, I said to him: “That is the Elie I know”. He made every moment special. He will certainly be missed.

I found my way to leave a legacy: Just be kind to people and make them feel special. Because they are. Thanks so much Elie

December 18, 2012
Our baby is now six months old. Time really flies. It has been a real joy to spend time with her and see her grow daily. I have received a number of positive comments about my last blog. I am glad you liked it. Let go and let God is a principle that I am learning to embrace. I have read about it a number of times, and I thought I was doing it, but I don't think I had totally released control until recently. How did it happen? So many things happened at the same time that led me realize that I had to let it go. One of them is the experience of my good friend Emmanuel Lopez a.k.a Motivatorman. About a year ago, I met Emmanuel just to catch up after my summer in Africa. Emmanuel and I have been friends since 2005, and ever since we made a tradition to meet regularly to talk about...life. As we were talking, he shared with me that he was going through one of the toughest moments of his life. From our previous conversations, I knew things were not easy for him, but he al
4 comments
Read more